Victoria Beckham’s reality television show could not disguise the attempt to impose Brand Beckham on the US. It appeared that the show has backfired. 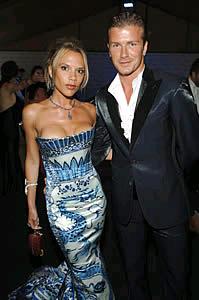 The 33-year-old singer had hoped the prime-time reality special would prove she was “just a normal girl from London.”

On internet discussion forums, one posting included, “This was smart of her because it really humanized her and showed that she actually does have a personality. I actually agree that there should be more episodes, I’d watch.”

Another post read, “She is so funny!! I am not easy to impress. She’s wonderful. I was so disappointed to find out that there is only one show. It really was a very funny and entertaining show. It brightened up my Monday!!”

Meanwhile her husband David Beckham could only watch as his new club was beaten 3-0 against Mexicans Tigres UANL. The soccer star was scheduled first appearance on Saturday because of a swollen left ankle.