Is Charlize Theron the sexiest woman? Esquire believes that she is and they have the Oscar winner beauty wore a bikini in this month’s magazine just to prove it. In July the magazine featured Angelina Jolie, who was wrapped in silk, showed off her brains and body. 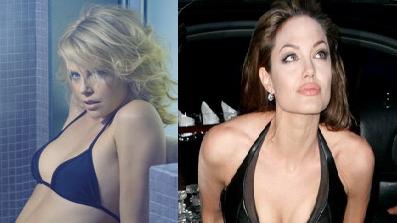 Angelina Jolie, Jessica Biel, and Scarlett Johansson have earned the Esquire sexiest in recent years. The “Good Shepherd” actress is now criticized for her very thin frame, but the Esquire photo shoot proved that she can still being sexy actress.

Charlize Theron revealed, “I wanted to make the movie precisely because it evades formulas about guilt. I’m drawn to ambiguity.”

As for her least favorite film, “Reindeer Games,” she added, “That was a bad, bad, bad movie. But . . . I got to work with John Frankenheimer. I wasn’t lying to myself — that’s why I did it.”

You could see the sexy photo of the actress here