Ricky Martin was spotted when he spoke at a press conference for his Las Vegas residency on November 16 in Las Vegas. 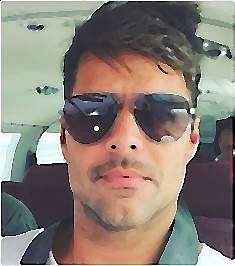 The “Livin’ la Vida Loca” hitmaker accompanied Mario Lopez, who was an “Extra” host, for the event. The singer dished that he was extremely excited to have his residency in Las Vegas, which he had been thinking for years and describing that it was the unbelievable feeling to see it as it turned reality. He explained that he had dedicated his entire life to the stage and he wanted to create the best show of his career. He added that he also wants to make an unforgettable experience for each person, who comes to see the singer at the incredible Park Theater at Monte Carlo. Meanwhile, Ricky Martin previously admitted that he was engaged to his partner, Jwan Yosef.