Rihanna heads out of her hotel to catch a showing of of The Hangover at Loews Kips Bay in New York City on Saturday night (June 13). 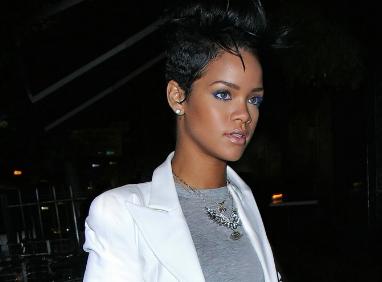 Here’s an account of the 21-year-old Bajan beauty’s love for fast food: “Rihanna went to the drive-thru at a New York City midtown McDonald’s and ordered food. The driver passed back a drink and Rihanna’s food to her. Rihanna then arrived at her hotel and was asked what she ordered from McDonald’s. Rihanna gave a big smile. She was asked “Was it a Big Mac? How were the fries?” Rihanna laughed but did not answer any questions. Rihanna went inside the hotel and waved to all the employees.”

The singer was previously spotted as she attended Game Four of the 2009 NBA Finals between the Los Angeles Lakers and the Orlando Magic on June 11, 2009 at Amway Arena in Orlando, Florida.