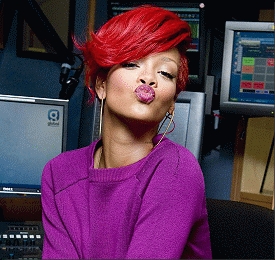 The “Umbrella” singer is flirting with her boyfriend in New York City. The pair appears to be whispering at the Griffin nightclub in the Meatpacking District. An onlooker reveals that they spend two hours in the venue. Meanwhile, the couple is rumored to have argued after their reunion in February.