Riahnna likes to be spanked since she likes to keep it spontaneous in the bedroom, according to her interview with Rolling Stone magazine. 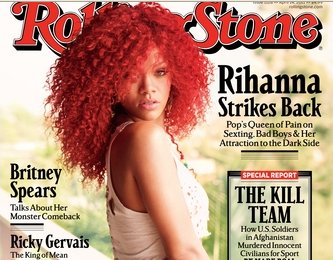 On Chris Brown, the “Umbrella” hitmaker lifted restraining order against him because she didn’t want to object the judge. She also insisted that it didn’t mean they’re gonna make up or talk again. Rihanna thought it is very big deal that the Rolling Stone issue marked her first turn on their cover. She felt an honor to be on the cover and it is a big stepping stone in her career.