Sofia Vergara was wearing a hot blue swimsuit for a Pepsi shoot on Tuesday. 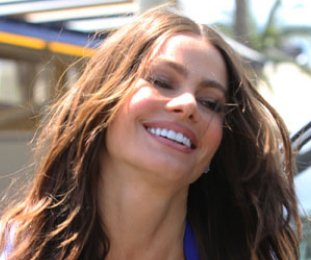 The “Modern Family” star pulled on a curve-hugging bright blue swimsuit and walked the sands of Venice Beach while shooting an ad for soft drink giant. In between takes, she looked longingly at a tray of dried and fresh fruits. Sofia, who is the face of Diet Pepsi’s new Skinny Can, was previously criticized in her previous ad, which appeared to be overly Photoshopped.