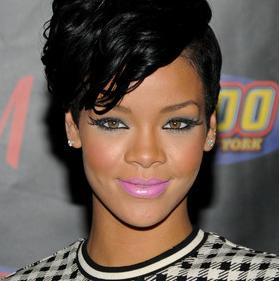 A source revealed: “Rihanna’s always willing to help out. She’s a good girl.”

Vicki Escarra, who is the president and CEO of Feeding America, said: “We could not be happier that Rihanna will be performing at the Inauguration charity ball to benefit Feeding America.”

She added: “Rihanna’s involvement will help raise awareness about the prevalence of hunger in America and help bring more aid to the 36 million Americans who do not always know where they will find their next meal.”

Rihanna promises to be in stellar company come Jan. 20. Sting will be performing at the Creative Coalition ball, while Kanye West is said to be in talks to perform for the Impact Film Fund.