Rihanna had a different look when she was sporting a janitor costume at a film set on December 10 in New York City. 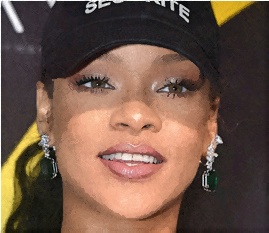 The “Umbrella” hitmaker was shooting the scenes for her latest movie “Oceans Eight.” The singer was spotted while pushing a cleaning cart around the lobby of The Times Center. She also sported the similar costume for a scene with Sandra Bullock and they ate few hotdogs. Meanwhile, the spin-off of the “Ocean’s Trilogy” will be released on June 8, 2018.