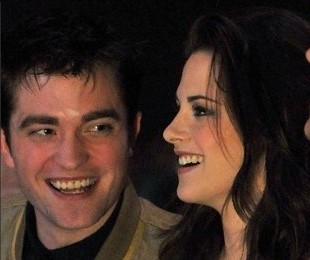 The celebrity pair, who sparked dating rumors, have been seen around Louisiana while riding their bikes together when not shooting their scenes for the upcoming ‘Twilight’ films.

A source saw Robert and Kristn rode their bicycles around the parking lot almost daily. Robert was also spotted while riding out of the main studio gates and being in a front of a car at a stop sign.