Robert Pattinson and Kristen Stewart were kissing in the backseat of the car when they left a party after New York premiere of “Water For Elephants” on April 17, 2011. 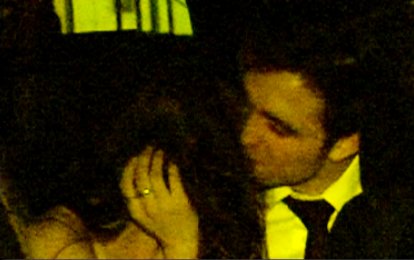 The “Twilight” couple, together with Robert’s parents, celebrated the big opening at Le Cirque, which was decorated with circus and elephant flourishes for the event. Meanwhile, Robert is in NYC on a press tour for his film.