Robert Pattinson talked about his new flick, “Water For Elelphants when he became a guest on Jimmy Kimmel Live, which will air on April 20. 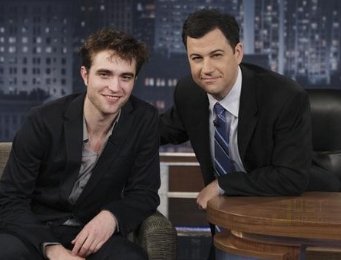 The British actor also opened up about his favorite American cartoon from back in the day, Hammerman. Robert revealed that he only got four channels on his television when he was growing up in southwest London.