Robert Pattinson covers the Italy’s Style and talked about his co-star Kristen Stewart, acting idol and his dream role. 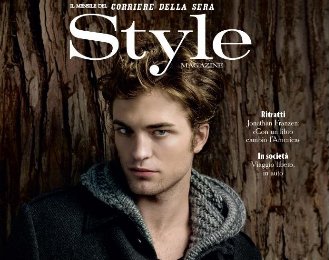 The British actor admires Kristen for being a real person and actress. They had a chemistry that helped him to get his role in “Twilight.” He idolizes Jack Nicholson for having huge career and always owned his characters.

He wasn’t sure if he wanted to be an actor but he fell in love with adventurous aspect of cinema. He also found discipline, the ethic, and inner call, which helped me to give a proper structure to his life.