Robert Pattinson has successfully played hunky vampire Edward Cullen in the blockbuster “Twilight”. But his pal Bobby Long says the success of the flick would never affect him “the wrong way”. 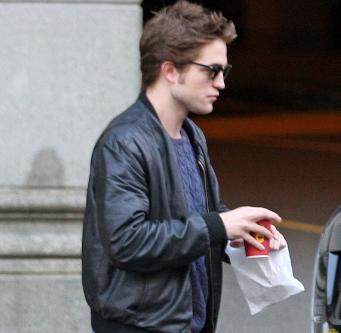 “This is the best person all of this could ever happen to .”It would never affect Robert the wrong way,” according to Bobby, who is also “Twilight” soundtrack contributor.

He goes on to dish about the 22-year-old hunk: “I actually had a few people shouting my name, which was bizarre. But for Robert it was completely different. People were trying to pull at him and kiss him. It was hard to get into my head.”

Talking about Robert’s musical skill, Bobby also revealed that the British heartthrob is “extremely talented”. “Just as talented with his music as an actor for sure,” he says. And Bobby would definitely purchase any Robert Pattinson album. “I’d hope to get it for free to be honest,” he laughs. “I wouldn’t talk to him if I didn’t.”