Rihanna is determined to help Chris Brown become a “better person”, according to a new report. 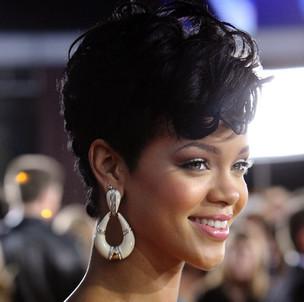 Although the pair have put their relationship on hold in a bid to focus on their careers, the 21-year-old singer is keen to “rehabilitate” Brown’s image after he was arrested and charged with punching her in the face and biting her ear and finger.

A source revealed: “Rihanna’s priority is to rehabilitate Chris’ terrible public image and she’ll stop at nothing. She’s convinced that he’s now learned his lesson and with her support and commitment will become a changed man.”

The source continued: “She went with him to see a trusted pastor recommended by his mom Joyce. At some point over the next two weeks she’ll also be going with Chris to see a therapist who specializes in anger management and couples therapy.”

The source added: “Rihanna’s also told Chris that if he agrees to do a TV interview with someone like the respected US journalist Barbara Walters then she’ll definitely play the supportive girlfriend, sitting by his side and showing the world that she forgives him. This will kill her mum.”

Speaking to Britain’s Now magazine, the source also revealed: “Chris is surrounding himself with people who are reinforcing what a good person he is and telling him what he wants to hear. There’s no one in his camp telling him any home truths. Everyone in his circle knows that it’s in his best interests career-wise to stay with Rihanna.”

The source said: “The pastor told them about the power of forgiveness and Rihanna has really latched on to that. Monica is also God-fearing, but she just can’t bring herself to forgive Chris.”