Robert Pattinson, Kristen Stewart And Taylor Lautner arre going to have their handprints and footprints cast in cement next month, according to a report. 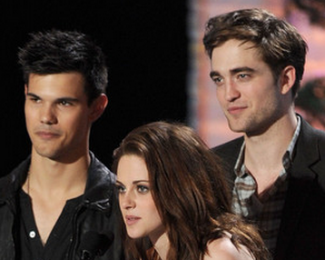 The “Twilight” stars are among only 250 stars to have the honor of being immortalized outside Grauman’s Chinese Theatre in Hollywood. Other stars, who left their mark in the cement, include Jennifer Aniston, Helen Mirren, Cher, Robert Downey Jr., Hugh Jackman, the stars of Harry Potter and Johnny Depp. Meanwhile, “Twilight Saga: Breaking Dawn – Part 1” opens in theater on November 18.