Robert Pattinson and Kristen Stewart were being cozy in Baton Rouge, Louisiana while filming “Breaking Dawn.” 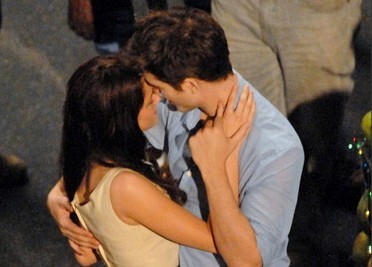 Although there are other cast members, the “Twilight” couple appeared to have eyes for one another while they were having a private dinner at Fleming’s Prime Steakhouse and Wine Bar.

They are acting like a couple because they were holding hands, sitting and talking to each other.