Robert Pattinson was branded a coward on the set of his new film for not saving co-star Reese Witherspoon after a zebra went wild on set. 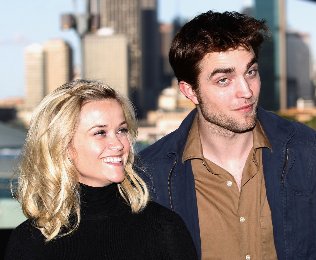 The British actor got out of the way when one of the zebras ran towards him. Fortunately, Reese just literally grabbed Christoph Waltz as a shield. Robert was so annoyed about being called a wimp that he went back and watched a tape of the incident.