Robert Pattinson was spotted cruising the town to kickoff the weekend in Los Angeles on September 30. 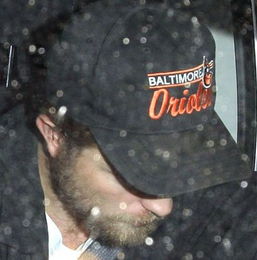 The British actor was wearing Baltimore Orioles ballcap and scruffy facial hair. He tried to cover up his face while paparazzi desperately tried to snap up shots of him.  Meanwhile, one of Robert’s co-stars Anna Kendrick expressed irritation over constantly being questioned about the actor’s doings rather than their film projects.