Rosie Huntington-Whiteley revealed at Live! With Regis And Kelly that she would love to marry Prince Harry. 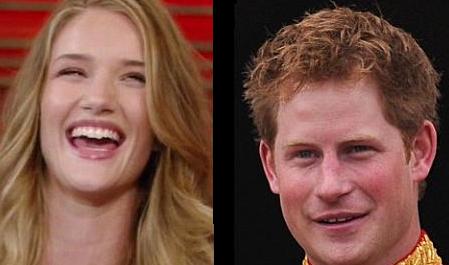 The “Victoria’s Secret” beauty was infatuated with the young royal. She joked that she is waiting for her proposal and keep writing. And she could picture herself walking down the aisle and urging the prince: “Come on Harry.” Rosie joked about getting hitched to royalty even though she has a serious relationship with British action movie hero Jason Statham.