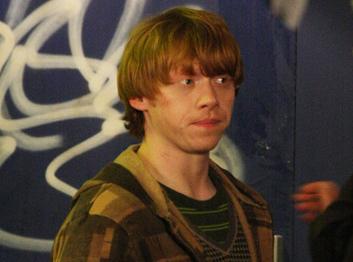 Grint, who plays Ron Weasley in the films, took a few days away from filming the latest film, but has now been able to return to work.

“It has just been confirmed that Rupert Grint has taken a few days out of filming due to a mild bout of swine flu,” his publicist said.

“He has now recovered and is looking forward to joining his fellow cast members at the junket and premieres this week and will then return to filming directly afterwards.”

She said Grint’s doctor had confirmed that Rupert had recovered and was no longer contagious or at risk of infecting others.

“Other scenes were shot in his absence which did not require his involvement and thus filming was not disrupted,” she added.

Grint, 20, from Watton-at-Stone, Hertfordshire, is due to appear at the premiere of the sixth film adaptation of JK Rowling’s series Harry Potter and the Half Blood Prince in London this week.

Filming on the final installments in the series, Harry Potter and Deathly Hallows Part 1 and 2, are being filmed back to back.

Grint has also starred in all the Harry Potter films as well as British comedy film Thunderpants and the comedy drama Driving Lessons with Julie Walters.

Harry Potter and the Half Blood Prince is released in the UK on July 15.