Growing up on screen is proving to be a challenge for Rupert Grint, who revealed that he is dreading filming romantic scenes with Emma Watson, his co-star in Harry Potter and the Deathly Hallows. 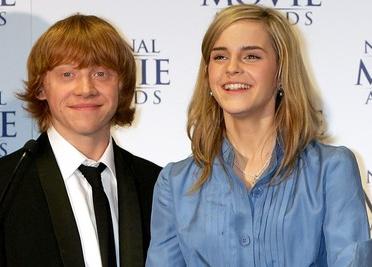 The 20-year-old actor, who plays Ron Weasley, revealed: “As I’ve known Emma for so long, I reckon it will be 10 times worse. I really love the seventh book, but there is no way it will be tame with the Hermione stuff.”

The kiss, which is due to be filmed next month, should have been a walk in the park for Grint after his graphic performance opposite Kimberley Nixon, a 23-year-old Welsh actress, in the forthcoming film Cherrybomb. The actor compares them with the nude scenes that Daniel Radcliffe is currently performing on stage in New York.

He continued: “I don’t think it’s quite up there with Dan’s Equus, but it was quite a surreal experience, especially as we were sharing the bed with half a dozen camera crew. But, yeah, I was quite nervous, I think we both were.”

He added: “It was a new thing for the two of us – though, weirdly, I remember Kim and I doing a crossword in between takes. That definitely took our minds off the deed.”

He now hopes that Emma, 18, who plays the brainy Hermione Granger, will be similarly distracted, saying: “I’ll have a stack of crosswords at the ready.”