Australian actress Cate Blanchett teases that filming with Brad Pitt was made horrible by the U.S. actor’s love for Angelina Jolie. 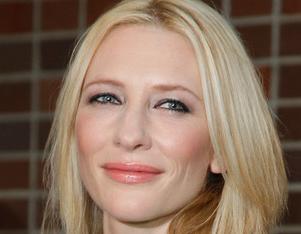 Cate Blanchett joked that after making “The Curious Case of Benjamin Button” with Brad Pitt, she had a clause put in her contract that will prevent the lovestruck actor from ever working with her again, according to a report Friday.

She revealed: “Honestly, to see how in love with Angelina he is, it was really quite disgusting. Awful, in fact. It’s in my contract now: I won’t ever work with him again.”

Brad Pitt and Angelina Jolie have three biological children together, as well as three adopted children.

Cate Blanchett, 39, also joked about “Button” director David Fincher, who took on the romantic piece after enjoying success with darker fare such as “Fight Club” and “Seven.”

She added: “When one deals with an epic romance, a film like this could have easily gone into the sentimental, but given that we have got David Fincher, who is the world’s greatest cynic at the helm, we were safe.”