Ryan Seacrest, who is the host of “American Idol,” seems to have his hand in every aspect of the entertainment industry. 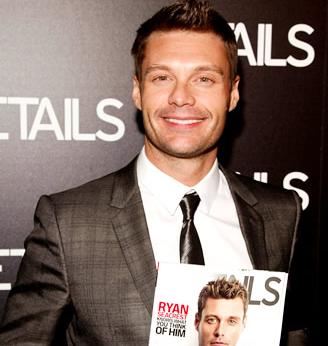 During KIIS-FM radio show Monday, the 33-year-old “American Idol” talked about how he went for a dip in the ocean over the weekend saying: “I was bit by a shark!”

He also revealed that he was “about eight feet out” when he felt something swim by him, saying: “I thought it was a stick. I wasn’t sure what had happened.”

He also discussed that the shark’s tooth “wasn’t a great thing to find. It was like finding a splinter!”

He said he was in pain and needed some Advil, but apparently that was all the medical attention needed.

When asked if anyone else got bit, Ryan Seacrest lamented: “No, just me, of course! There were like 1,000 people in the ocean, and I get bit by the shark!”

According to another report, “American Idol” host expanded on his weekend shark bite experience this morning on his KIIS FM radio show in L.A. Ryan Seacrest shared: “It hurts.” He described the injury as “a gash on the big toe” and a “rip pattern” that is “definitely infected.”

He observed: “It’s not hot; not a flip-flop look.”