Salma Hayek, who recently announced her pregnancy and engagement, revealed that being a mother is a tall order and most people shouldn’t do it until later on in life. 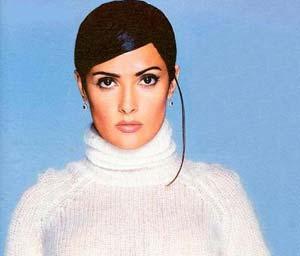 The actress-turned-producer revealed, “Society thinks if you don’t have children, you’ve failed as a woman, even if you are chief executive officer of a company.”

The actress also revealed, “You’ve got to be beautiful, smart, skinny, tall, rich, successful at your job, married to the right guy and have genius children.” She added, “And by the way, you also have to be a nun.”

She assured her fans that she has everything in perspective since the time that she hits 40 and she got engaged to businessman Francois-Henri Pinault. No more stressing about hair or dresses because she is focused on getting more impressive roles for Latino women in Hollywood.

Salma Hayek also revealed that before her and Jennifer Lopez, Latino women only played as “the maid or the prostitute” but “we changed that”.