According to a report, the lack of affection of Angelina Jolie for her biological daughter Shiloh reportedly “tore Brad Pitt’s heart out.” 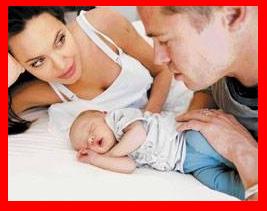 The couple’s friends are reported to feel concern when the 31-year-old Hollywood actress neglects Shiloh and favors her adopted children.

A source revealed, “Angie never rocks Shiloh to sleep or feeds her, and Brad’s the one who gets up in the middle of the night with her.”

According to the claim, when Angelina Jolie refused to hold her daughter after her recent return from Vietnam with newly adopted son Pax, told Brad Pitt “she’s fine with you.” What is the reaction of Brad Pitt? The actor was left “stunned.”

A source revealed, “That practically tore Brad’s heart out. Angie doesn’t change Shiloh’s diapers or hold her when she cries.” A source added, “One time Shiloh was having a tantrum and Angie just told Brad to quiet her down because she was upsetting the other kids.”

The reports came out after Angelina Jolie recently revealed that she “feels more” for her adopted children because they are less privileged than her biological daughter Shiloh.