Salma Hayek, who recently signed a television deal, is planning a secret winter wedding but she isn’t letting anyone know where it will be. 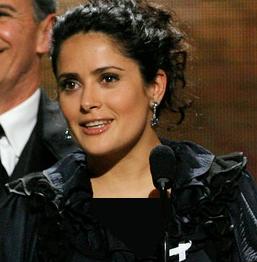 According to a report, the actress and her fiancé Francois-Henri Pinault have set a date for December just after the Frida star gives birth to the couple’s first baby.

And insider revealed, “It’ll be an intimate ceremony sometime during the holidays,” adding that close pals Penelope Cruz and Ashley Judd may serve as bridesmaids.