Cameron Diaz, a star of the animated movie “Shrek 3”, has started a scathing attack on people who assume she is successful only because of her good looks. 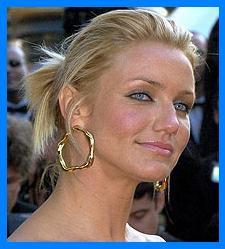 The 34-year-old actress is not impressed by comments mocking her Tinseltown success. She doesn’t understand why people should discriminate against her just because she is more beautiful than most.

Cameron Diaz revealed, “Hollywood is a funny place. It offers so much but it can also take a lot away from you.

The actress added, “If a woman who is a successful actress weighs 300 pounds and has warts, nobody ever asks her, ‘Do you think you made it because you’re ugly?’ So why should there be prejudice against someone who’s had some success in films and looks a little better than average. It’s all in my genes so don’t hold it against me.”