Salma Hayek left Eamonn Holmes red-faced on Friday when he failed to understand her Latin accent – and thought she had just outed herself as a lesbian. 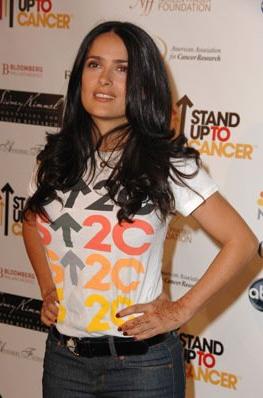 The “Frida” star, who happened to be half-Mexican and half-Lebanese, was being interviewed on live television show “This Morning” when presenter Eamonn commented on her surname.

Salma Hayek replied: “I’m half Lebanese.” Unfortunately the presenter misheard her response when Eamonn Holmes asked the actress: “So you’re a lesbian?” The question prompted the Hollywood actress to burst into laughter.

She smiled and then leaned in to clarify her answer, saying slowly, “I am Lebanese.”

Salma Hayek was recently rumored to have rekindled her romance with her former fiance, French billionaire Francois-Henri Pinault. The former couple has a one-year-old daughter together, Valentina.