Salma Hayek was reportedly so desperate to land “any role” in friend Julie Taymor’s new Beatles movie musical, Across The Universe. The actress was ended up playing 12 nurses in the film. 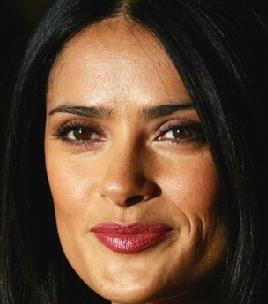 When the sexy actress heard her “Frida” director was making a movie featuring the songs of one of her favorite groups, she felt she had to be involved.