Scarlett Johansson, who posed for Elle magazine for its November issue, got a sexy 2008 calendar. 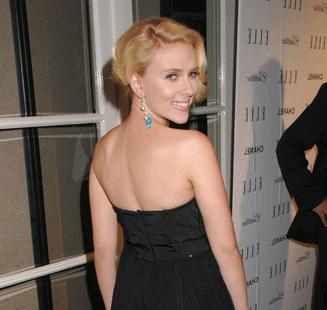 The actress is set to portray Mary, Queen of Scots in a film scheduled to begin production in March 2008 and appear as a pilates instructor in “He’s Just Not That Into You”. You could see her some sexy shots of her 2008 calendar here as well as here.

The singer has reportedly been in talks with Tom Cruise and Katie Holmes about producing the biopic and is keen for blonde beauty Scarlett to take on the lead role.

A source revealed, “Dolly is a huge fan of Scarlett and thinks she would be perfect for the role. She has approached Tom Cruise and Katie Holmes to see if they will produce the film.”