Maxim has created the list of unsexiest women alive, which is the lazy goof over Esquire because the magazine picked Charlize Theron as the Sexiest Woman Alive. 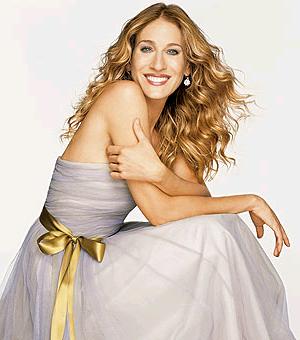 Sarah Jessica Parker topped the list. The reason why she was considered unsexy is “How the hell did this Barbaro-faced broad manage to be the least sexy woman in a group of very unsexy women and still star on a show with “sex” in the title? Pull your skirt down, Secretariat, we´d rather ride Chris Noth.”

Where You´ve Seen Her Unsexy: Filling chicken-grease-stained sweatpants on the cover of every trashy tabloid and gossip blog on the Internet

Why She´s Unsexy: Less than five years ago, Britney had a python wrapped around her well-toned torso onstage at the VMAs. Since then, she´s lost the ability to perform, but gained two kids, two useless ex-husbands, and about 23 pounds of Funyun pudge.

Where You´ve Seen Her Unsexy: On tour, at the Wailing Wall, in the pharmacy´s menopause aisle

Why She´s Unsexy: After building a personal fortune on Top 40 pornography, Madonna traded pioneering sexuality for, like other old Jewish women, self-righteous bellyaching and rapid post nuptial deterioration. Combine a Paris Hilton–like pet accessorizing fetish only for dirt-poor foreign babies with a mug that looks Euro-sealed to her skull, and you´ve got Willem Dafoe with hot flashes.

Why She´s Unsexy: The only thing worse than a show about doctors is a show about sappy chick doctors we´re forced to watch or else our girlfriends won´t have sex with us. We´re holding Dr. McSkinny, with her cold bedside manner and boyish figure, personally responsible.

Where You´ve Seen Her Unsexy: Onstage, offstage, and in the tabloids after cleaving herself and her husband

Why She´s Unsexy: When we first heard this chick boast about her reluctance to go to rehab we thought, Now there´s a girl we can party with! But upon beholding her openly hemorrhaging translucent skin, rat´s nest mane and lashes that look more like surgically attached bats, we were the ones screaming, “Nooo, nooo, nooo!”

1. Sarah Jessica Parker
Where You´ve Seen Her Unsexy: Sex and the City, Failure to Launch, Honeymoon in Vegas