Selena Gomez showed off a “Justin” mark at a show in Las Vegas last night. 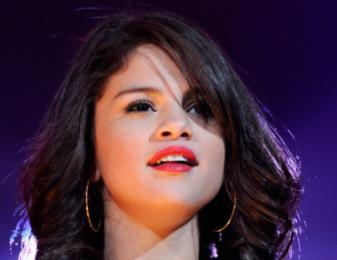 The crudely written name of the “Baby” singer , which also had a little heart underneath it seemed to be written in magic marker when she performed at Sin City’s Mandalay Bay. Later Selena’s representative confirmed it was not a permanent marking. But it seems a sign of how serious the relationship between the teen idols is becoming.