Selena Gomez is spotted with alcoholic drink when she posted her picture with a friend. 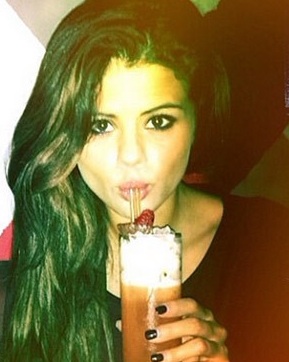 In the photo, the “Wizards of Waverly Place” star wrote “Extra whip cream please! Dessert before dinner. Duh,” in the caption. The actress previously stayed in the rehab last month to refrain herself from alcohol, other substances and Justin Bieber. She checked out 2 weeks from the 45-day program so that she can go to the Sundance. She claimed that she was cured so she did not need to return to rehab. Meanwhile, Selena’s representative reveled that she did not have problems in handling liquor.