Shia LaBeouf appeared to attract attention for his new film on Sunday through walking out of a press conference in Germany and wearing a paper bag at the red carpet. 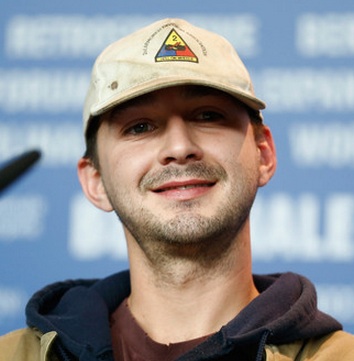 The “Transformers” actor went to press conference in Berlin for Lars von Trier’s “Nymphomaniac” and uttered a famous quote from a French soccer player to answer a reporter’s question. Then he stormed out the press conference. The quote that he used: “When the seagulls follow the trawler, it’s because they think sardines will be thrown into the sea.” And he attended the premiere with a brown paper bag over his head. The paper bag indicated: “I am not famous anymore.”