Steven Tyler collapsed in a Paraguay hotel shower today because of he was suffering from dehydration caused by a bout of food poisoning. 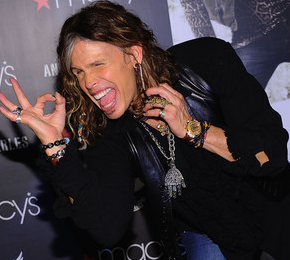 The singer was reportedly treated for injuries to his face, which includes loss of teeth, after the incident occurred. Fortunately, his injuries are minor so he has already been released from the hospital. Meanwhile, Aerosmith has rescheduled tonight’s concert for tomorrow due to the accident