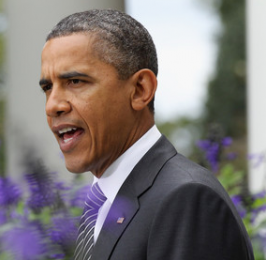 The US president dropped by to pick up an early dinner with his secret service and ordered the “Country Boy” combo, which consists of 3 chicken wings, a waffle, and potato salad. The manager won’t be renaming any menu items after Mr. Obama in fairness to Mr. Reagan Nixon, who were also regular customers without any items named after them.