Emma Watson, who previously traveled in different parts of the world, appeared to be fashionable as she attended the shows at London Fashion Week. 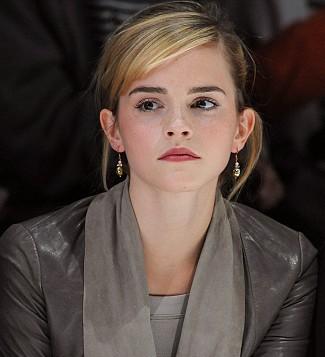 Watched by famous fashionistas such as Elizabeth Jagger and Leah and Jo Wood, the British designer unveiled a collection with a distinctly out-of-this-world theme, presenting futuristic-looking voluminous gowns and PVC dresses teamed with space helmet-like headgear.

Also part of the collection were metallic-hued spaceman-inspired trousers – which proved particularly popular with model Agyness Deyn. The platinum-haired beauty, who helped present Giles’ designs during the show, turned up wearing a pair of the eye-catching pants for the after party.