Taylor Swift apparently can’t leave home for very long without her mom getting in her room and rearranging things for her. And that’s what happened while Swift was in Los Angeles, hard at work taping her “CSI” cameo. 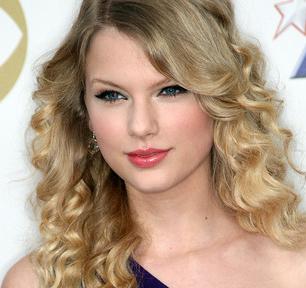 The 19-year-old country singer revealed: “I came back from L.A. and discovered a whole new world. My bathroom is now a magical, wondrous place.”

The country cutie noted that there was one change that really had her worried as she wrote: “But then I turned around and was startled by something … Where was my Britney Spears poster … No, this can’t be right … Where is it?!? I searched the room frantically for a few seconds before finding its new spot. My Britney Spears poster (from 6th grade) had been relocated to my bedroom, which is another amazing upgrade.”

She then added a bit about her obsession with the pop star: “This way, I see it more often and it more proudly displays my unwavering devotion to Britney Spears.”

Her “unwavering devotion to Britney Spears” wasn’t the only hot topic on Swift’s mind as she blogged. She also gushed about her “life-changing guest appearance on ‘CSI,’ ” noting that one day when she’s old, and quite possibly senile, making her “CSI” cameo will be one memory she’ll always be able to recall.

She added: “Basically, when I’m really old and can only remember one story about my life to go back and relive, and tell over and over and over again to the point where my grandchildren roll their eyes and leave the room, that’s the story. Ah, I can see it now. ‘You know, when I was a youngster, I got to guest star on “CSI”! It was marvelous! So marvelous, it was!’ “