Taylor Swift strikes back when she writes a tweet that any hackers, who claim that they have too sexy pictures of her, will have fun photoshopping because they have nothing to post. 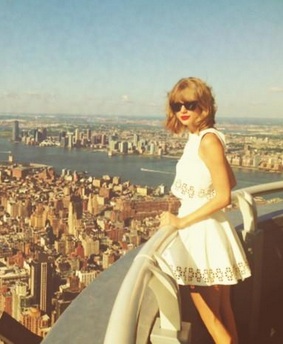 The “Our Song” singer becomes the victim when hackers invade her Twitter and Instagram accounts. Her followers receive messages that encourage them to follow lizzard and veriuser. Although the messages are deleted within 15 minutes, it attract thousands of re-tweets and favorites. Then the hackers claim that they are going to post [email protected] photographs. Fortunately, Taylor uses her Tumblr page to tell her fans that she has been hacked and Twitter closes down her alleged hackers’ accounts. Meanwhile, the singer has the fourth famous account on the Twitter with 51.4 million followers.