Taylor Swift admitted that she used to get picked on in high school before she was famous. 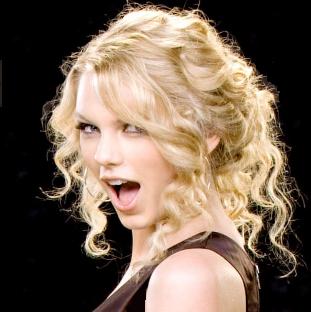 The country singer revealed in the December issue of Women’s Health: “[Growing up on a Christmas tree farm] was basically a shunning – and that’s never a good thing, you know?”

The 18-year-old singer continued: “A lot of girls thought I was weird. Actually, the word they liked to use was annoying. “I’d sit at their lunch table and they’d move to a different one.”

She hasn’t become more popular since then as she explained: “It’s funny – I thought my contact list in my phone would grow if I was in the music industry. But I had more people in my phone book when I was in high school!”

The newly single star (who was dumped by Joe Jonas in a 27-second phone call) still has admirers – albeit sometimes unwanted.

While recently shopping at Victoria’s Secret, “I look[ed] up and there are, like, 15 people looking at me, with camera phone out, waiting to take a picture of which kind of underwear I’m going to buy.

Normally Swift doesn’t have to worry about people bothering her in her Nashville hometown, explaining: “Keith and Nicole live there. Tim and Faith live there,” she says. “We can all go to the grocery store in our sweatpants because the paparazzi have no idea Nashville exists.”

Taylor Swift moved with her family from Pennsylvania when she was 14. Her mom, Andrea, says : “It was never about ‘I want to be famous.’ Taylor never uttered those words. It was about moving to a place where she could write with people she could learn from.”

She wrote her first song when just 8 years old. And while bff Miley Cyrus’ first job was cleaning toilets, Swift earned enough cash from her writing skills to buy herself a Lexus 430 SC convertible, which she still drives.