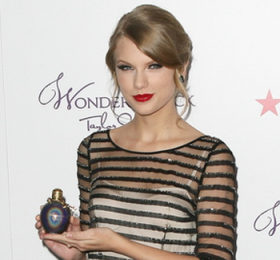 The country crooner was prepared to pose for the photos on the red carpet. She previously appeared on “Good Morning America,” where she revealed that her new scent came from the line of her song “Enchanted.” Meanwhile, Taylor just felt like the phrase ‘wonderstuck’ will be the title of her new fragrance, which she dreamed of having since she was 14 years old.