Tupac Shakur’s 1991 explicit tape won’t be easily distributed because the rapper’s family threatened anyone who attempted to distribute the footage. 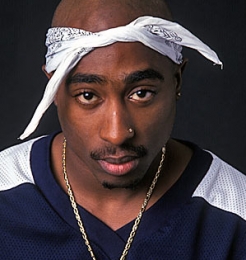 A spokesperson for the rapper’s estate insisted that only the estate has the power to authorize the use of his image for commercial use and sex tape won’t get proper approval. Meanwhile, the estate is trying to figure out who is marketing the tape by attempting to identify the individuals who appear on film.