Vanessa Hudgens was spotted on a date with “Bandslam” co-star Gaelan Connell at the Knick-Hornet game at the Garden on Wednesday. 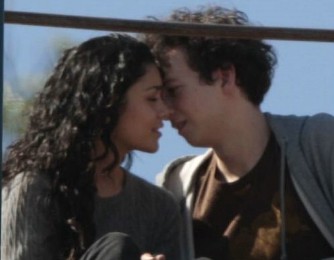 The onlooker revealed that the actress kept leaning over to talk to her co-star. She also appeared that she was having a good time.

The two celebrities previously worked together on a Disney movie in 2008.