Nick Lachey and Vanessa Minnillo has sparked wedding speculations but their representative denied the rumors. 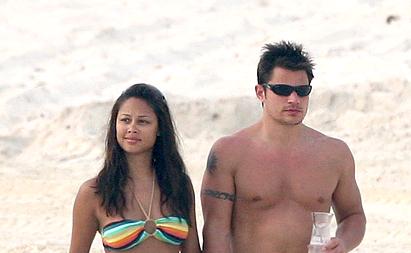 A source said that the couple is expected to tie the knot in a secret ceremony at one of the Carlyle Hotels in the Bahamas this weekend.

But a representative revealed that the couple is not getting hitched this weekend and the singer is in his hometown of Cincinnati working on his new NBC show “Clash of the Choirs”, as well as another show he is producing for MTV.