Victoria Beckham, the former member of the Spice Girls, insists she is not fancied by men, but doesn’t care as she would rather be a fashion icon to women. 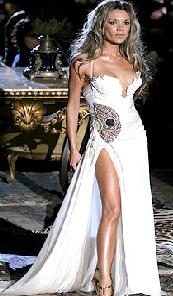 The former Spice Girl, who is married to soccer star David Beckham, believes she isn’t admired by men but is happy instead to revel in her role as a big sister to younger girls looking for fashion advice.

She revealed, “I’ve never been one of these girls that does FHM (men’s magazine) that all the men fancy. I’m the girl that the girls want to go shopping with and have a laugh with – that’s what I’m all about.”