Victoria Beckham has reportedly warned Paris Hilton to stay away from her soccer star husband David. 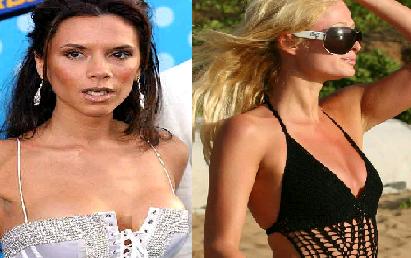 The 33-year-old singer was claimed to be furious when she heard the hotel heiress had described the Los Angeles Galaxy player as “hot.”

Now she has allegedly told friends that Paris and other young stars, including Lindsay Lohan and Britney Spears, better keep their hands off David.

A source revealed, “This move to Los Angeles means everything to her. She is happier with David than ever and sees this as an exciting chapter for her and their boys.”

A source added, “Although she trusts David 100 percent, she will not tolerate any of the Los Angeles party girls making a move on him, or seeing him as fair game. She wants this to be very clear from the start – David is a devoted family man and these women should forget about trying it on with him.”

A source continued, “The young Hollywood club crowd, such as Lindsay, Paris and Britney, are positively salivating over David.”