Angelina Jolie and Brad Pitt reportedly wanted to have another baby but her health has hit a serious skid, according to a report. 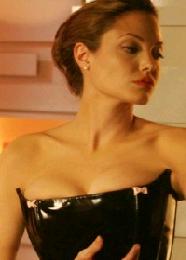 A tabloid claimed that the actress feared that she may drive Brad away unless she can get pregnant but she is too thin to do that in a healthy and safe way.

A source revealed, “She desperately wants more kids with Brad, but knows she’ll never have another kid if she doesn’t get a grip on her eating issues. So now she’s terrified they’ll never be able to add to the family and that will force her and Brad apart.”

A source added, “Ange is panicking she can’t have any more biological kids because she’s too thin. She’s skinnier than she’s ever been in her entire life. But the more she worries and frets, the more weight she loses.”

Sources say after months of being too thin, the actress has suffered a deep depression about her weight, and there are days she can barely get out of bed.