Victoria Beckham has supposedly resorted to smearing her face with bird droppings in a bid to keep up with her Hollywood pals in the beauty stakes. 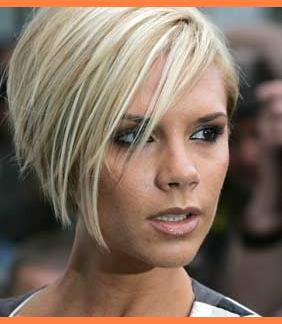 Perhaps the beauty secret seem strange but it was a bird’s dropping which is responsible for blemish-free complexion of the former Spice girl member.

A U.K. publication reports that Posh and husband David Beckham regularly rub doo doo over their faces to combat the signs of aging. The former Spice Girl credits new £100 Geisha Facials, a paste made from nightingale droppings, for improving her acne prone complexion.

A source revealed: “When Victoria was in Japan recently she was admiring the local women’s clear skin and discovered it was down to these facials. She was intrigued and when she got back to the US she found that some New York beauty salons now offer the treatment. She tried it and loved how great her skin looked. She also uses a cream derived from nightingale poo at home.”

Meanwhile, Victoria is reportedly encouraging her close friend Katie Holmes to launch her own fragrance.

A source added: “Victoria has been very involved in her and David’s fragrance, Signature, and is keen to extend her work in that field. Victoria believes Katie would be an ideal candidate for a personally branded perfume although she understands Katie’s husband, Tom Cruise, won’t follow in David’s example and do a ‘for him’ version of the scent.”