Kate Moss, the British supermodel and Pete Doherty, a Babyshambles star, have a video diary of their private lives. They plan to turn the video diary into a documentary. 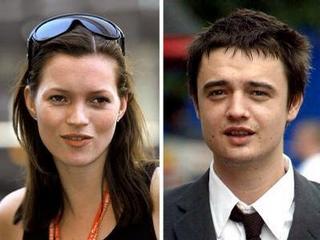 In one three-minute video clip that has emerged on the Internet, Kate Moss is wearing only a pair of panties under a see-through dress while her boyfriend Pete strums a guitar.

While Pete is serenading his love with a song about an oak tree, Kate answers with a yell, “What oak tree? You are a liar, and a fantasist.”

It was reported that Kate and Pete have filmed the video of themselves at home, on nights out in London and in a helicopter they hired for Pete’s birthday